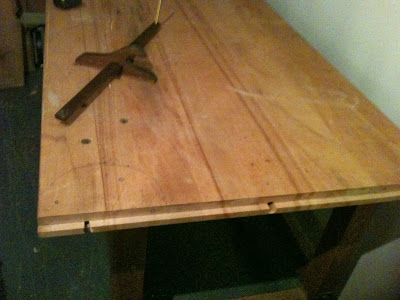 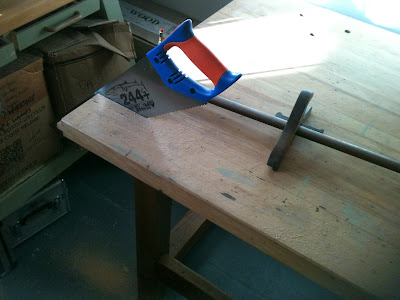 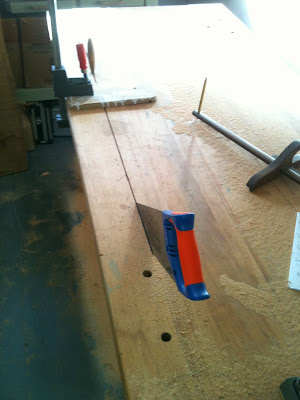 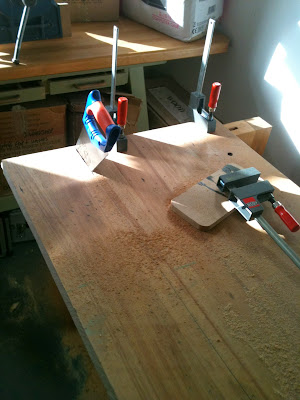 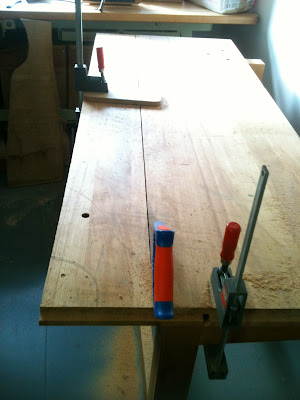 So there comes a time when you hit that interlocking grain
and reach for your scraper plane of choice.

Now personally I have never been able to justify the expenditure on a dedicated
steel scraper plane, I just seemed to have always got by with one of these: 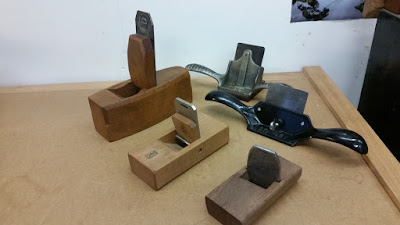 But I really don't do enough to justify them all.
So what are my favourites?

Well I really like the Stanley 80 and my little Japanese one.
(A Dai-naoshi sole adjusting plane I made with an old (unknown)
Japanese kanna blade - a good way of using a shortened blade
and giving it some more life) 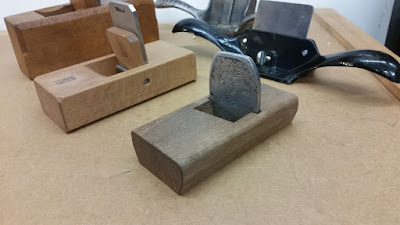 Once you get a Ron Hock blade tuned up and in these old
Stanleys you really notice a difference.

So time to sell the toothed scraper and Stanley 81 I think.
Although I did really enjoy making the Jarrah base for the No.81
as the original Rosewood one was missing. 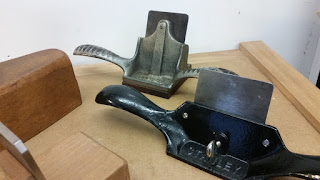 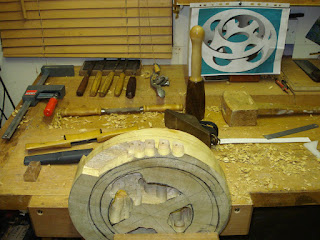 Well I started this about 8 years ago.
In another workshop - at a different house.
You can see an image in the background that was my inspiration.
I started carving it in a blond mahogany and
after 25 hours decided I was not going to be happy with
such an open grain so decided to start again! 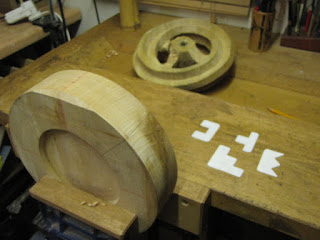 You can see the lime at the front and the plastic templates.
Ice cream boxes cut up are ideal and stand out in the mountain of shavings.

The approach to carvings of this type is to ensure they stay connected
for as long as possible as they become very springy when finally finished.

The carving below shows the same method being deployed on a
different carving that I also completed recently. 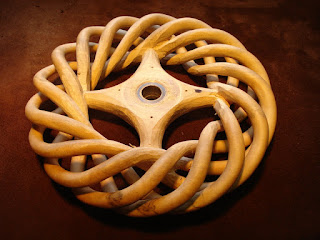 Essentially it is a steering wheel.
So another 25 hours later I was back at this same stage again... 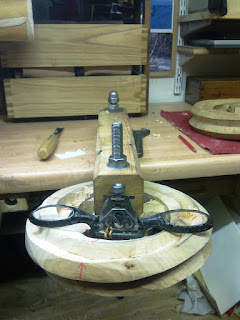 You can see version one hiding in the background.
It has since been cut up and thrown on the fire and those 25 hours
of carving have kept me warm (again) for a few minutes...

Chop your own firewood and it warms you twice. 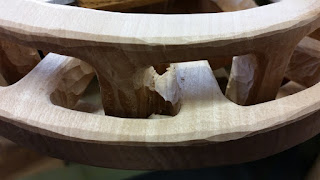 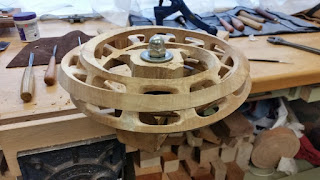 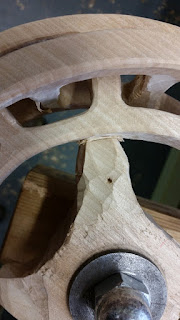 Cutting through and connecting with the 'other side' is so satisfying.
It is one of the very best moments - then cleaning up all evidence!

So having been on and off the carving for 8 years and 60 hours...
The moment of cutting its umbilical cord had arrived... 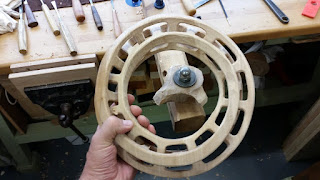 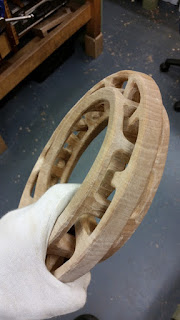 Now at this point I would like to add a little more information about
what carving means to me.
For it is the perfect moment of FLOW that you can experience
when engaged in an activity that can ultimately provide you with one
of the most grounding and satisfying experiences in life.
That is why I love it so much.

However elements of what I have perceived as essential to the process
are now proving very artificial and boring to me.
I saw an old friend doing a tongue in cheek series of videos the other day.
He was pretending to be a 'good old English craftsman' teaching
good old woodwork values and skills.
The irony being he is a superb craftsman, far removed from
the world he was making fun of.
It made me wonder what place this all has now.

This same person was really offended when advised he could return to his village
and sell furniture to the locals. That advice was a little out of date for sure.

However getting back to my values...
I am tired of sanding and of staring at polished lime.
So this carving was straight of the tool and needed a different finish.

So I went a bit mad and gave it 2 coats of Burgundy chalk paint and then
one coat of clear wax and one coat of dark wax. 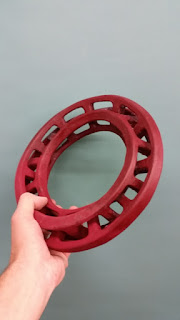 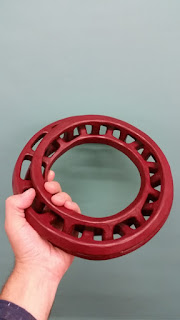 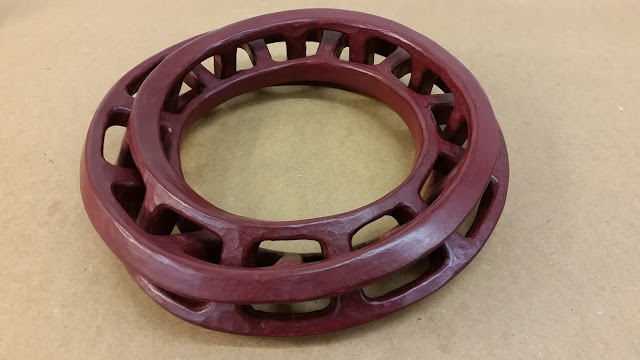 The final piece took 40 hours start to finish.
The finish makes it feel a little older than it really is to me.
More of a curio, with an old story.
You could argue it has only one surface - just like a mobius strip or sphere.
(as I rounded the edges)
But it is also a ladder, a never ending springy stairway...
Posted by Unknown at 11:59 4 comments:

Well sometimes you need to just take a stock check on life.
I have come to the conclusion that as I am not using many of my tools and machines any more that it is time to sell them.
I am hoping that someone else can put them to better use!

Selling on Ebay has been on my to-do list for a long time!

You will need to collect this beauty from Wells, Somerset.
I used to use it with my name stamp.

Much better condition than so many out there. 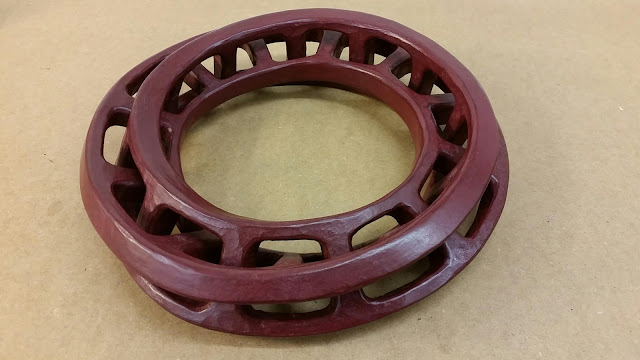 I only managed 4 spoons today.
Getting to 50 is my next target.
I was quite pleased considering I had both my sons all day! 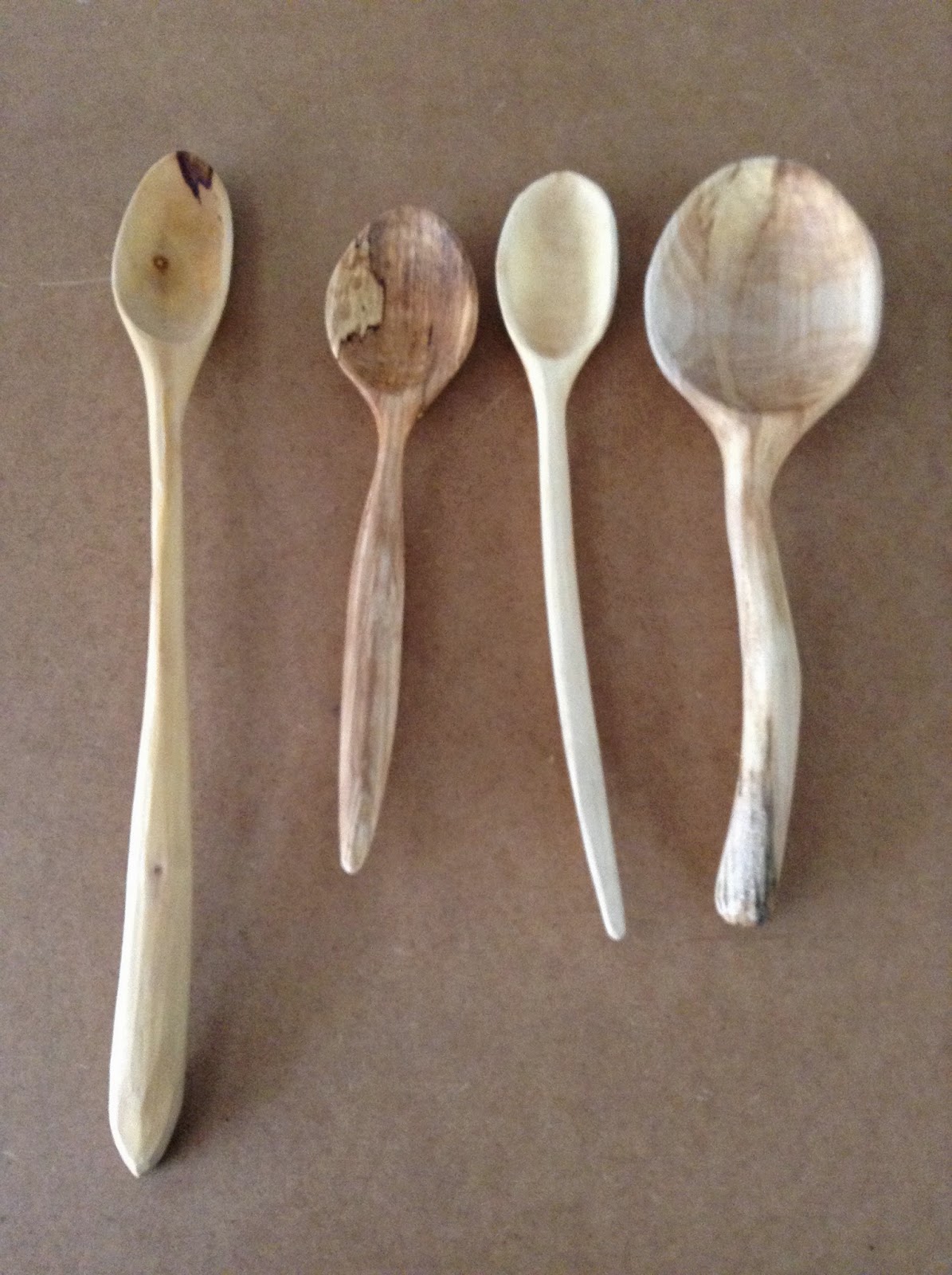 I like letting the spoons carve themselves.
I am sure many of you understand EXACTLY what I mean! 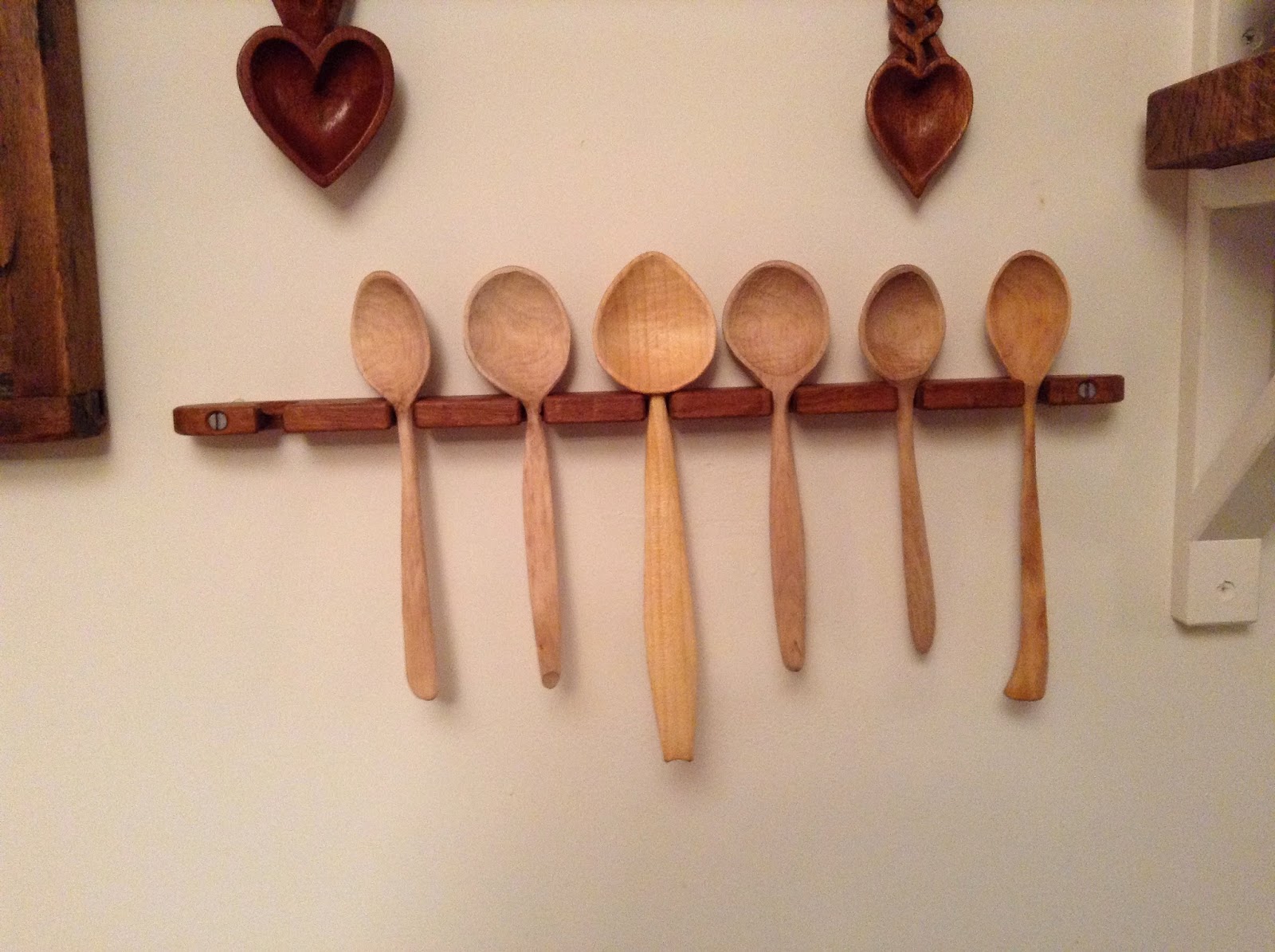 These are used everyday by the family,
so live next to the dining room table.

My favourite story about teaching my youngest to carve:
'Now you must not carve towards yourself,
I have told you already that is dangerous,
you might cut yourself!' I say to my 5 year old...
(he is carving with a frost laminated razor sharp knife)
'I know daddy, my thumb is already leaking' he says,
'Seriously?! Why did you not tell me?'
I investigate to find the wood and his hand covered in blood.
(Disclaimer - no children were permanently
injured in the making of this tale)
﻿
Posted by Unknown at 12:49 1 comment: